The Taliban committed to prevent other groups, including Al Qaeda, from using Afghan soil to recruit, train or fund raise toward activities that threaten the U.S. or its allies.

The Taliban must live up to its commitments made in the peace deal with the U.S. and not attack American soldiers, Secretary of State Mike Pompeo has emphasised during a video conference with the insurgent leader, Mullah Baradar, on the Afghan reconciliation process.

An agreement signed between the U.S. and the Taliban in February in Doha drew up plans for withdrawal of American troops from Afghanistan in exchange ... 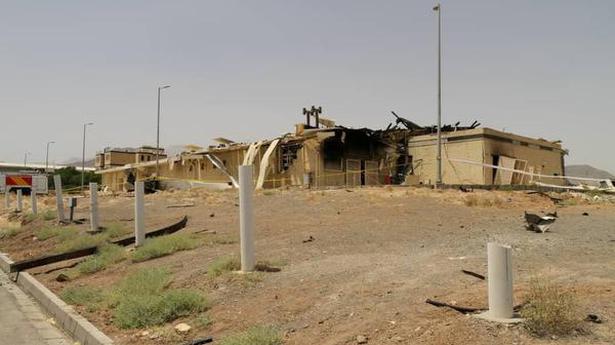 A view of a damaged building after a fire broke out at Iran's Natanz Nuclear Facility, in Isfahan, Iran, July 2, 2020. | Photo Credit: REUTERS A fire at Iran's ...