According to the police, Rajendran owns a house in Balavinayagapuram Koil Street in Puzhal. A few months ago, he had rented it to Srinivasan, 40, a construction worker. The latter reportedly did not pay rent for the past few months as he did not have any income due to lockdown.

Rajendran told the police that whenever he went ... 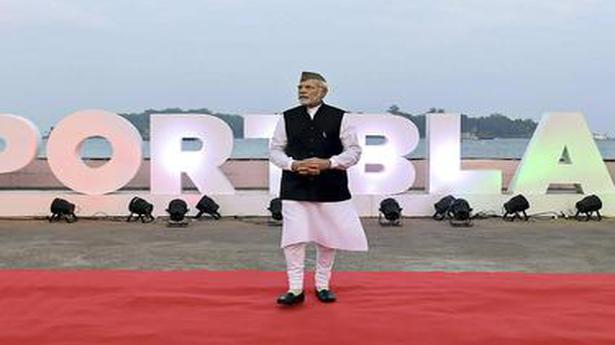 Andaman and Nicobar going to be maritime and startup hub: Modi

Prime Minister Narendra Modi said on Sunday the Andaman and Nicobar islands region, owing to its strategic importance, was going to be developed as a “maritime and startup hub” and ...