The IMD has also predicted widespread rainfall with isolated heavy to very heavy showers over Odisha, Chhattisgarh and Madhya Pradesh on August 4 and 5.

Widespread rainfall is also likely over the coastal districts of Gujarat region on August 5 and over the rest of the state on August 6.

The monsoon will enter an active phase over parts of central and western India from August 4 bringing heavy rains over the next three-four days, the India Meteorological Department said on Sunday. A low pressure area is likely to form over the north Bay of Bengal around August 4. A ... 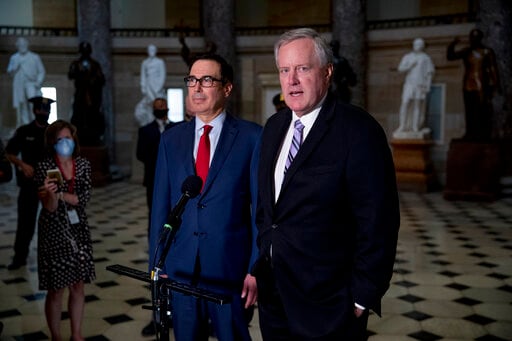 Can Trump aide Meadows move from deal breaker to deal-maker?

WASHINGTON Mark Meadows dropped to a knee in then-Speaker John Boehner’s office, the still-new congressman apologizing for joining those trying to oust the Republican leader. Two years later, Meadows did ...