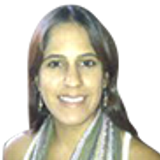 Graeme Smith was "not aware" of the difficulties players of colour faced during his time as South African captain. But now, as director of cricket, he has committed to creating a more inclusive environment.

Smith acknowledged he was surprised by the outpouring of accounts of discrimination that has engulfed South African cricket recently, in the wake of the Black Lives Matter movement. Former players including Ashwell Prince and Makhaya Ntini have spoken about being isolated in their playing days. This forced Cricket South Africa into forming a Social Justice and Nation-Building committee, which met ... Sancho had a stellar season with the Bundesliga runners-up and has been reportedly targeted by several top clubs, including Manchester United. football Updated: Aug 10, 2020 23:49 IST Borussia Dortmund ...