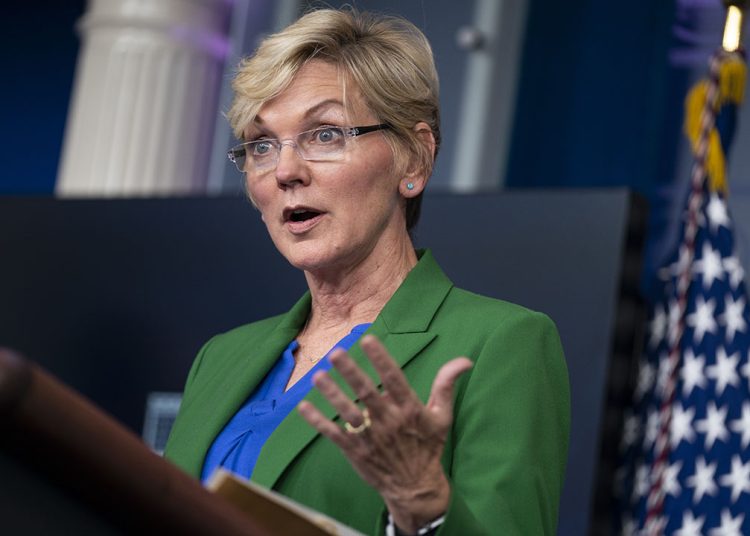 Dagen McDowell said that President Biden’s energy secretary Jennifer Granholm “took a chainsaw…to one of our most valuable industries…and…our global security” Friday on “The Five.”

Granholm laughed recently when asked about her plans to increase American oil production, saying “that is hilarious” and explaining that oil is a “global market” controlled by OPEC – which she said had decided not to increase oil production.

McDowell fired back, saying the United States “controlled the price until you took a chainsaw – you and your liberal nuts – to one of our most valuable industries, and took a chainsaw to our global security. You handed power to nations that hate us. …And she can laugh about that, too.”