Brazil has suffered 1,280 more deaths, bringing the country’s confirmed death toll to 59,594, according to Health Ministry data. The total number of confirmed cases rose by 33,846 to reach 1,402,041, the worst outbreak in the world outside the United States.

Slovenia’s interior minister has resigned and the economy minister has been detained in connection with an investigation into alleged irregularities in the purchase of protective gear during the pandemic.

Announcing his resignation, the interior minister Aleš Hojs said he had only been informed about the probe that day, claiming it was launched ... 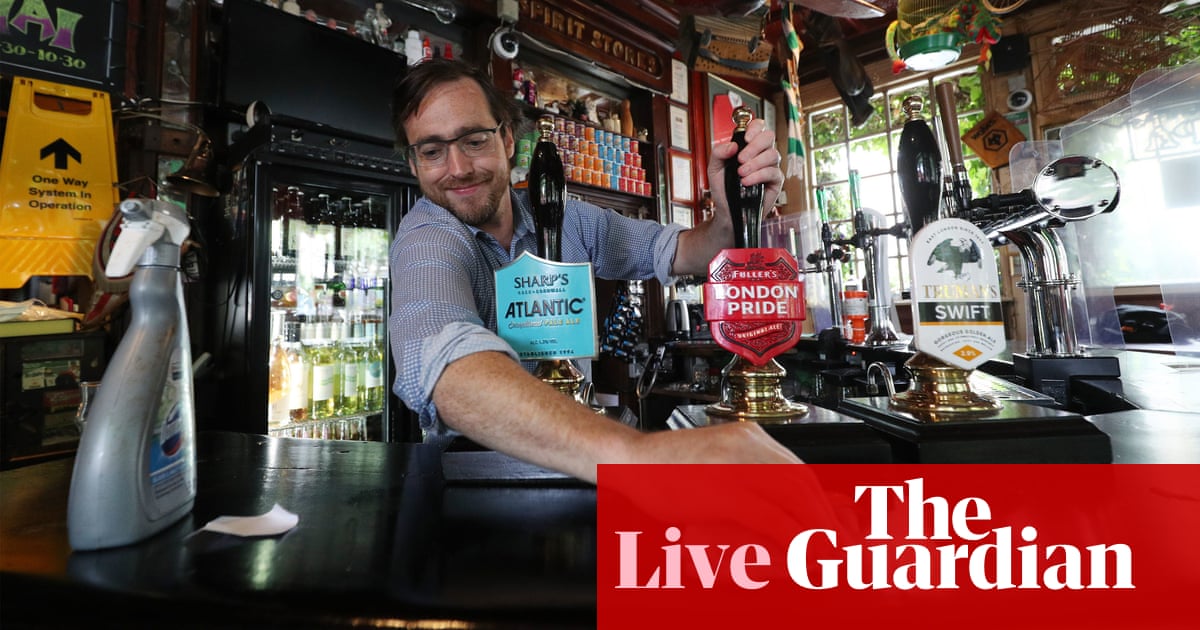 Fourth of July holiday weekend starts 53,000 new cases on Friday; WHO changes timeline of how it was alerted to virus; England’s pubs reopen. Follow all the developments live What ...