Couples due to get married had hoped that from 1 August, receptions of up to 30 people would be allowed in England. That's what the government had planned for the next stage of lockdown easing.

But last week, they put back the date, and receptions can still only be attended by a group of six people outside, or two households inside.

It means many brides and grooms have rehashed their plans once, and now have to cancel or change them again.

'Heartbreaking to see her face'

For Justin Dew and his fiancee, Kay, their day on 14 August will ... 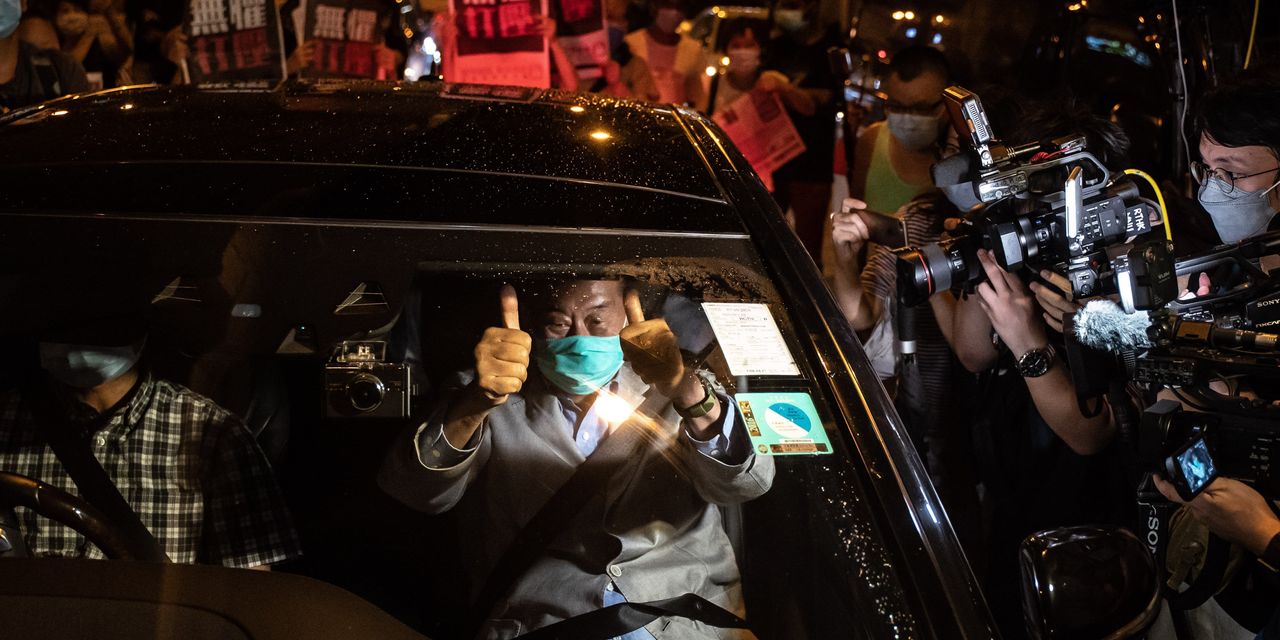 Supporters of outspoken newspaper founder waved copies of his Apple Daily as he left police station HONG KONG—Pro-democracy media baron Jimmy Lai was released on bail after his Monday arrest ...