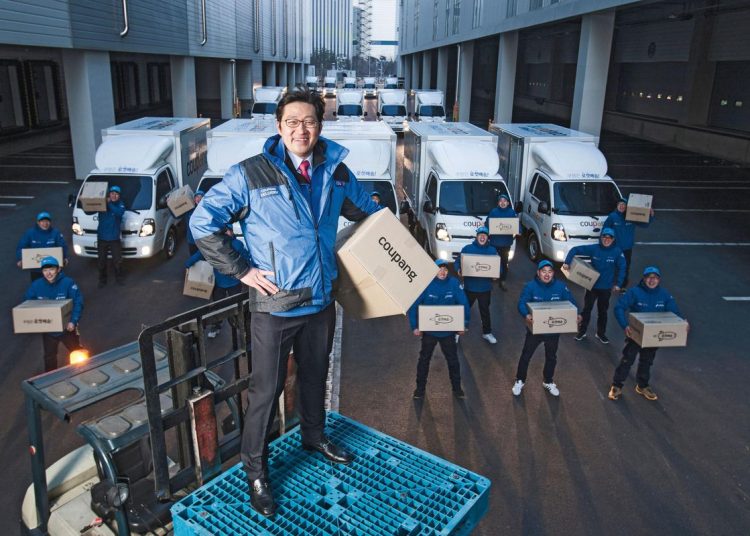 Korean e-commerce giant Coupang’s shares surged on its New York Stock Exchange listing Thursday, reaping a huge bonanza for the company’s founder and chief executive, Bom Kim. The stock opened at $63.50, far exceeding its IPO price of $35 per share and valuing Coupang at a staggering $109 billion. The IPO price was raised from a marketed range of $32 to $34 per share, above the initial range of $27 to $30.

Kim’s 10.2% stake is now worth $11.1 billion, more than a tenfold jump from his pre-IPO net worth of $1 billion. The windfall makes Kim, 42, the third-richest person in South Korea, ahead of Jay Y. Lee, vice chair of Samsung Electronics and Mong-koo Chung, head honcho of the Hyundai empire.

With the initial $4.6 billion raised in the IPO,…