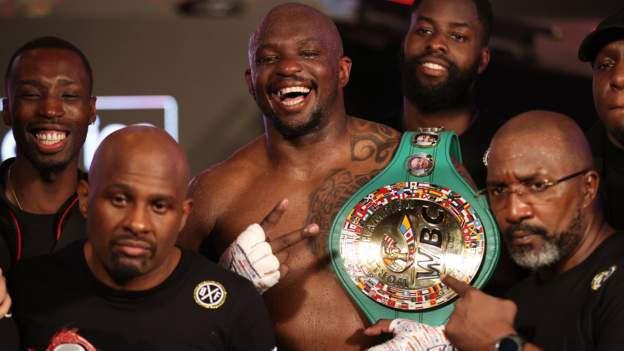 Dillian Whyte remains a “significant factor” in the heavyweight division even though he may face a lengthy wait for a first world-title fight, says BBC boxing correspondent Mike Costello.

The Briton knocked out Alexander Povetkin on Saturday after suffering a brutal defeat by the Russian in August.

“This opens up a whole range of opportunities,” said Costello.

“Yes, he might have to wait for that world title chance but he’s used to that.

“At least now he is back in a position where he can barter on the back of the performance that he’s produced.”

What if Joshua-Fury problems arise?

Whyte waited more than three years for a shot at the WBC world heavyweight title that never materialised and won fans for taking on tricky opponents, risking his promised title shot in the process.

Now he is back in the…

AIADMK-BJP combine will be decimated in the Assembly polls, says Rahul Gandhi