Senior foreign policy lawmakers and senior politicians from 23 countries, among them the former Hong Kong governor, Chris Patten, have warned that a new Chinese security law for the city is a “comprehensive assault” on its rights and freedoms and “cannot be tolerated”.

In a strongly worded statement, the 186 signatories said they had “grave concerns” about the legislation and feared it would jeopardise the city’s future.

“The statement shows growing and widespread international outrage at the decision by the Chinese government to unilaterally impose national security legislation in Hong Kong,” Patten said. 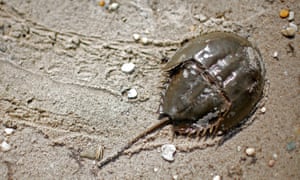 Horseshoe crabs’ icy-blue blood will remain the drug industry’s standard for safety tests after a powerful US group ditched a plan to give equal status to a synthetic substitute pushed ...