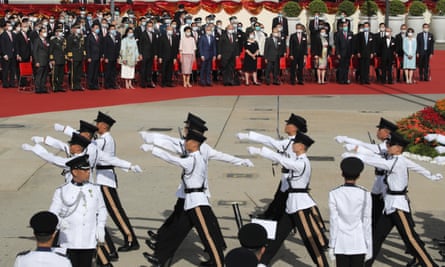 An honour guard marches past during a flag-raising ceremony in Hong Kong to mark the anniversary of the handover to China. Photograph: Kin Cheung/AP

As Hong Kong awoke to the first day of life under controversial new national security laws imposed by Beijing, activists have called on residents to defy a ban on protests and take to the streets.

The calls came as the city’s leader, Carrie Lam, told a ceremony marking the 23rd anniversary of its handover to China on Wednesday that the laws were “the most important development in relations between central – HKSAR [Hong Kong Special ...

India Is Buying The Wrong Warplanes For Fighting China

The Indian Air Force needs new fighters. It needed them pretty badly before the current conflict with China over a stretch of the Himalayas that both countries claim. Now it ...