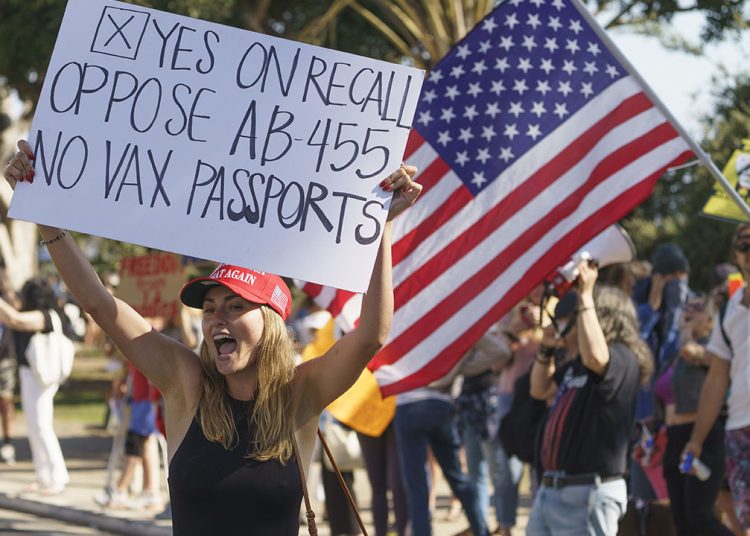 Los Angeles city leaders approved an ordinance Tuesday that would bar protests within 300 feet of the residence belonging to the person being targeted, a move that came following months of demonstrations outside the homes of public and elected officials.

The City Council voted 12 to 2 to approve the measure, with council members Mike Bonin and Nithya Raman dissenting. A second reading — usually a formality — will be held Sept. 21 for the ordinance to go into effect.

Demonstrator Angelita Roman rallies against COVID-19 vaccines and passport mandates in Santa Monica, Calif., on Aug. 29, 2021. The City Council on Tuesday voted to approve an ordinance that would bar protests within 300 feet of a target’s home.
(AP Photo/Damian Dovarganes)

The ordinance was requested by Council President Nury Martinez and Councilman Mitch O’Farrell, who were the targets of anti-vaccine protesters last…

Not all Hinduism is Hindutva, but Hindutva is in fact Hinduism