A judge has granted bail for an ex-Atlanta police officer charged with killing an African-American man in a restaurant car park earlier this month.

Mr Brooks' widow implored the judge not to grant bail, arguing Mr Rolfe was a danger to the community.

Mr Brooks' death fuelled anti-racism protests across the US.

He was shot while fleeing Mr Rolfe and another white officer. Mr Brooks had just failed a sobriety test. As the officers ... 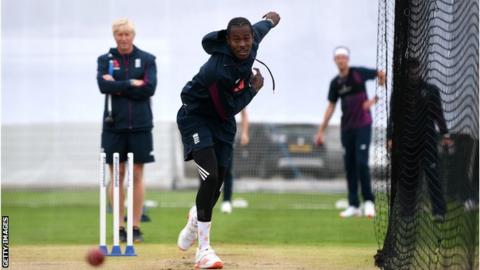 England fast bowler Jofra Archer has been excluded from the second Test against West Indies after breaching the bio-secure protocols. The 25-year-old went to his Brighton home between the first ...