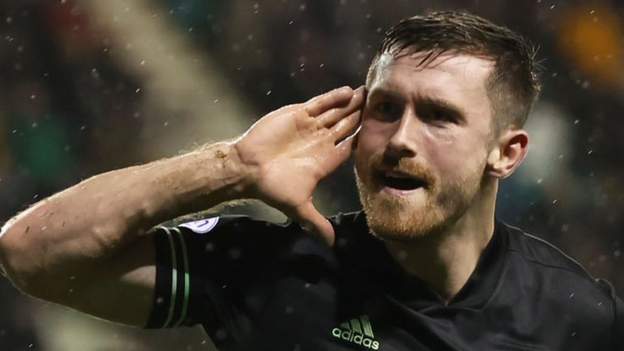 Celtic right-back Anthony Ralston has been called into the Scotland squad for Monday’s World Cup qualifier against Denmark.

It follows the suspension that rules out Nathan Patterson after the Rangers player received a second booking after scoring in Friday’s win over Moldova.

It is the first time Ralston has been called into the senior squad.

The 22-year-old has had an outstanding season with Celtic after the arrival of Ange Postecoglou as manager.

Ralston, a product of the Celtic’s youth system who had loan spells with Queen’s Park, Dundee United and St Johnstone, had struggled for game time with his parent club until the Australian took charge this summer and has gone on to score four goals in 23 appearances.

He has played for Scotland at under-21 level but made his last appearance at that level in 2018.

Ralston will compete for a starting place with Motherwell’s Stephen O’Donnell as Scotland, having secured a…