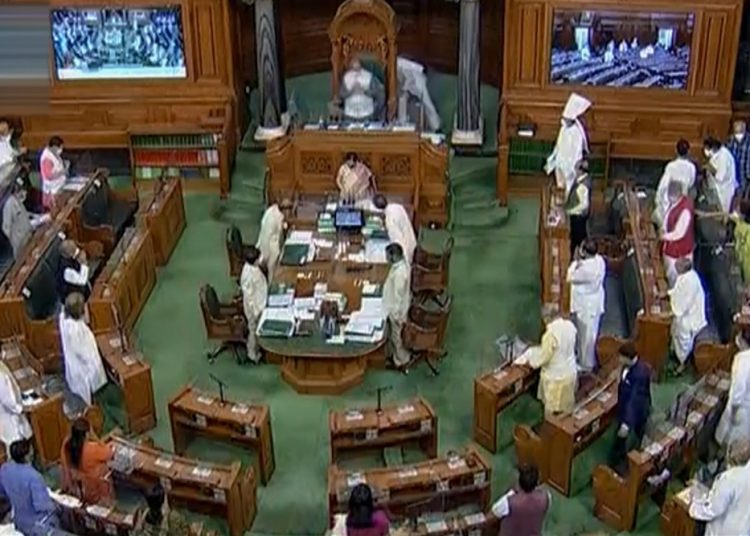 According to sources, if the Bills for which 11 ordinances were promulgated during the lockdown are passed by both Houses, the session may be cut short. Sources said the government is expected to push these Bills in the first half of next week. (Photo: LSTV via PTI)

With more than 30 MPs, including Union Ministers Nitin Gadkari and Prahlad Patel, testing positive over the last week, there is a palpable sense of concern and apprehension in Parliament over the spread of Covid. The situation has prompted stricter protocol and raised the possibility of the ongoing Monsoon Session being wound up next week.