BJP made gains in Hyderabad using history as a weapon. How accurate is its version of the past? 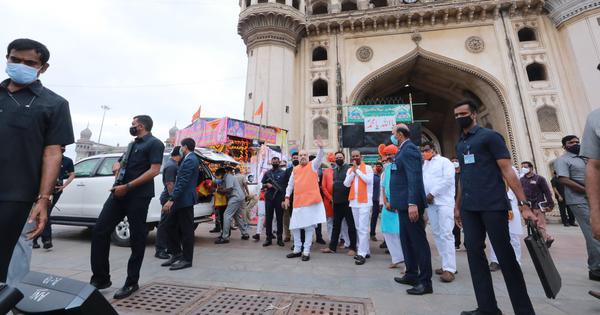 When December’s elections for the Greater Hyderabad Municipal Corporation in Hyderabad were announced, the Bharatiya Janata Party seemed to treat it like a national poll. Hoping to make a dent in Telangana state, prominent national BJP leaders arrived in the city to campaign for the party’s candidates.

As it took on the regional Telangana Rashtra Samiti, which rules the state, and the All India Majlis-e-Ittehadul Muslimeen, the predominantly Muslim party that has its stronghold in Hyderabad, the BJP deployed history as a major part of its arsenal.

Uttar Pradesh chief minister Adityanath claimed in a campaign speech that Hyderabad would be named “Bhagyanagar” if the BJP was voted to power and the election would create “Bhagya” (fortune) for the city. In doing so, Adityanath was invoking a popular but unproven legend that the city’s name had been changed to Hyderabad in the late 16th century under Qutub Shahi rule.

Union Home Minister Amit Shah, who was also on…

With latest performance, Cristiano Ronaldo hailed as most prolific goalscorer