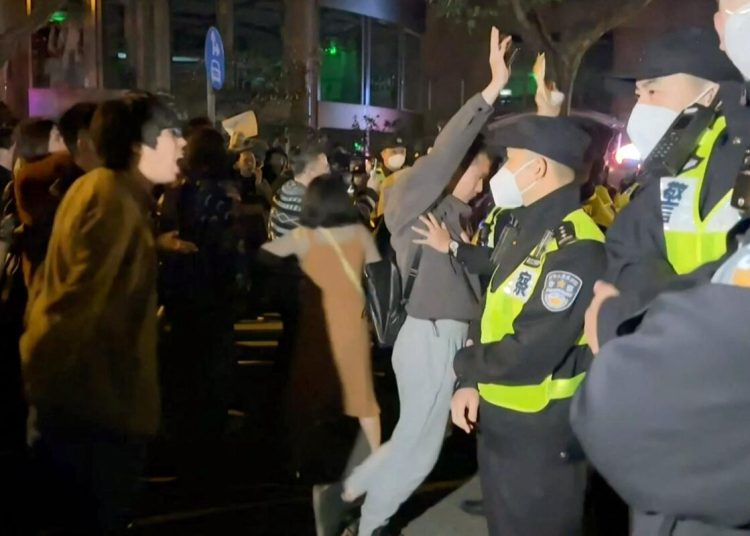 Angry crowds took to the streets in Shanghai in the early hours of November 27.
| Photo Credit: AFP

Chinese social media and Twitter have many videos of public protests, including a mass demonstration in Shanghai where people in a rare display of anger shouted slogans against the ruling Communist Party of China (CPC) and President Xi Jinping.

Many protesters were reportedly being arrested.

There are also videos of protests from various university campuses where students came out in the open to oppose the lockdowns.

On Saturday, the government stepped back from enforcing lockdowns in Urumqi, the provincial capital of Xinjiang, where 10 people were killed and nine others injured on Thursday in a fire at an apartment block which was…