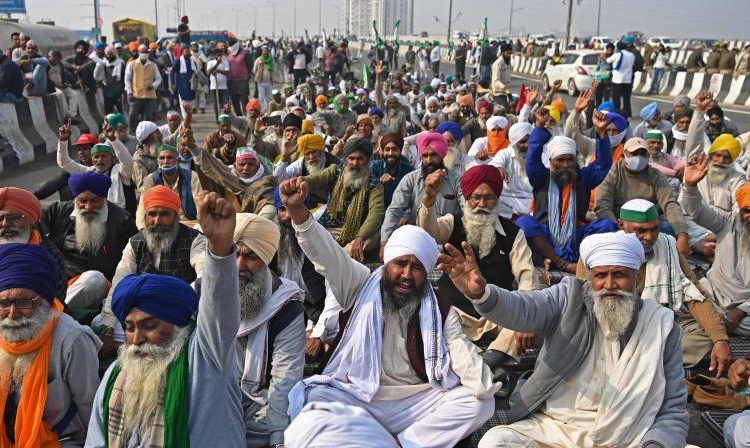 New Delhi: Upping the ante, farmers protesting against the Centre’s new farm laws on Friday announced a Bharat bandh on December 8 and threatened to intensify their agitation and block more roads leading to the national capital if the government does not accept their demands.

This hardening of stand came a day ahead of the fifth round of talks with the government.

According to sources, the government has worked out possible solutions to the provisions on which the farmer leaders have raised objections in a bid to break the deadlock.

Farmer leaders held a meeting during the day to decide the future course of action. Addressing a press conference later, one of the leaders Gurnam Singh Chadoni said if the Centre on Saturday does not accept their demand of repealing the three farm laws, they will intensify their agitation.

“In our meeting today, we have decided to give a Bharat bandh call on December 8 during which we will also occupy all toll plazas,” said Harinder Singh…

Times’ first ever Kid of the Year: Meet Gitanjali Rao

Sinovac: WHO approves 2nd Chinese vaccine for emergency use