Fifth round of talks between government and farmer groups begin 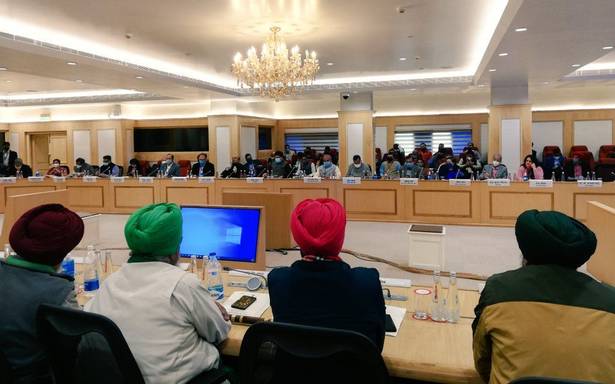 Rajnath Singh and Amit Shah were leading deliberations to resolve the issues raised by the agitating farmers.

The fifth round of talks between farmers groups and Central Ministers, led by Agriculture Minister Narendra Singh Tomar and Food and Railways Minister Piyush Goyal, has started at Vigyan Bhavan, on Saturday.

The Union Home Minister Amit Shah and Defence Minister Rajnath Singh along with other Ministers met the Prime Minister Narendra Modi before the meeting.

The government is prepared to offer amendments to some of the contentious issues in the farm laws, but farmer leaders are still insisting on a full repeal.

Farmers from Madhya Pradesh have blocked the Delhi-Agra highway near Palwal in Haryana, according to the Rashtriya Kisan Mahasangh.

Lockdown in Delhi extended by another week