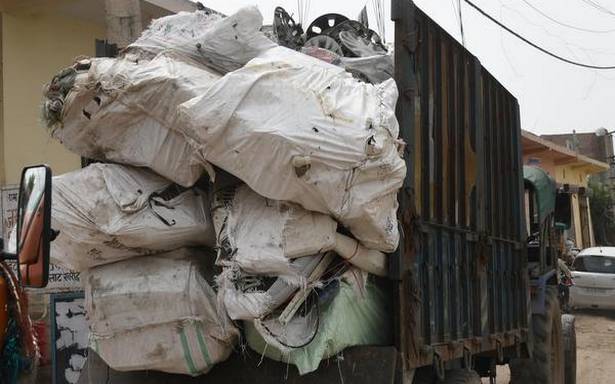 Goa leads India in the per capita production of plastic waste in India at 61.2 gm per day, followed by Delhi and Chandigarh, said a report on the state of plastic waste by the Centre for Science and Environment released in Delhi on Thursday. Just seven States — Maharashtra, Karnataka, Tamil Nadu, Delhi, Gujarat, West Bengal and Uttar Pradesh — generate two thirds of the country’s plastic waste.

India’s national per capita plastic waste generation is 7.6 gm per day and the country, it is estimated, produces 3.3 trillion grams of plastic waste per year. These figures were based on numbers and estimates by the Central Pollution Control Board.

COVID-19 vaccine: BJP leaders take dig at Rahul Gandhi for no word of appreciation for scientists