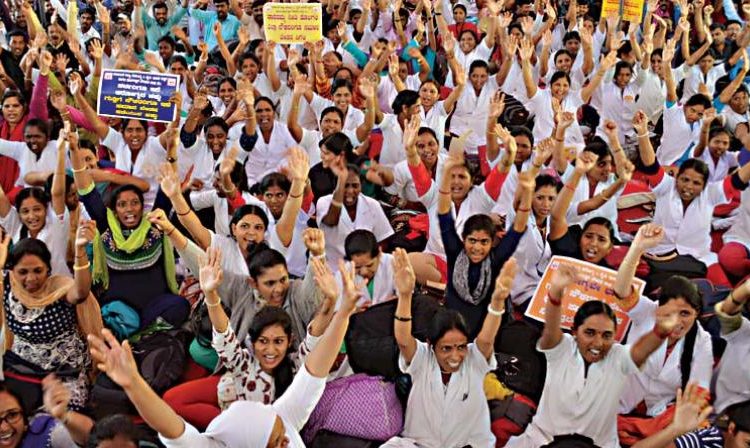 New Delhi: Companies having not less than 300 workers will soon be allowed to hire and fire workers without seeking prior government permission, with the labour ministry proposing changes to rules in a bill introduced in Lok Sabha on Saturday.

The proposal, which was the bone of contention between the ministry and trade unions, is part of the Industrial Relation Code Bill 2020.

Currently, only those industrial establishments with less than 100 employees are permitted to hire and fire their staff without permission of the government.

The bill was introduced by Labour Minister Santosh Gangwar amid opposition from Congress and few other parties.

The Industrial Relation Code Bill 2019 was introduced in Lok Sabha last year and subsequently sent to the Parliamentary Standing Committee on Labour. This bill was withdrawn on Saturday.

An earlier draft bill circulated by the…