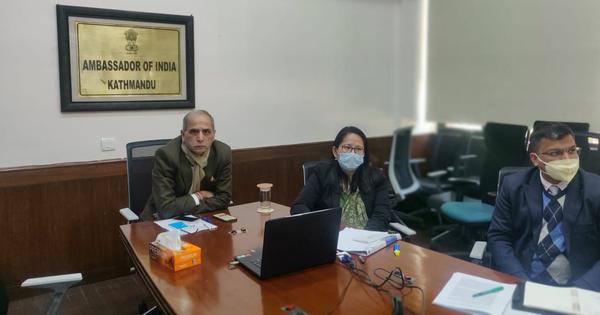 The India-Nepal Inter-Governmental Committee held a meeting on Friday on matters related to trade and transit, ANI reported. The virtual meeting was led by commerce secretaries of both countries.

The meeting reviewed the development of cross-border trade infrastructure and discussed ways to promote investments, including a new proposal on developing cross-border economic zones and holding a meeting of the joint business forum, the Hindustan Times reported, quoting a statement from the Indian embassy in Kathmandu.

“The wide-ranging discussions today and the progress made in the meeting are expected to further support the expansion in economic and commercial ties between India and Nepal,” the statement said.

The commerce secretaries of the two countries noted that despite the Covid-19 pandemic, trade and commercial cargo in trucks across the land border remained smooth.

The meeting was held days after Foreign Secretary Harsh Vardhan Shringla visited Nepal. During his…

Welcome to Marriage365 Membership. Now what?