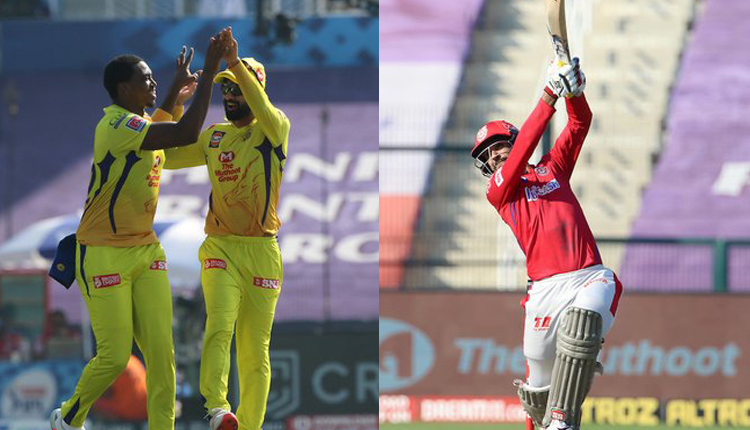 Abu Dhabi: Chennai Super Kings (CSK) captain MS Dhoni won the toss and elected to field against Kings XI Punjab (KXIP) in their final league match of the Indian Premier League (IPL) 2020 at the Sheikh Zayed Stadium on Sunday. CSK restricted KXIP to 153 runs at a loss of 6 wickets.

KXIP skipper KL Rahul and Mayank Agarwal were the opening pairs for KXIP. The duo had a good start.

Steady partnership of the openers took the total score of their team to 53 runs by the end of the powerplay. However, Mayank departed in the midway scoring 26 runs. Lungi Ngidi took the first wicket in the 6th over’s 2nd ball.

Following the fall of first wicket, Ngidi once again gave a big blow to KXIP dismissing Rahul in the 9th over. Rahul could score only 26 runs off 26 balls.

With fall of 2 wickets, KXIP was at 64 in the halfway of the innings.

All eyes were on Chris Gayle and Nicholas Pooran, but the duo…