Footage of a far-right Israeli mob attacking a man near Tel Aviv they believed to be an Arab was aired live on television Wednesday night, as the Israel-Palestinian conflict raged on.

The shocking images show a man being forcibly removed from his car and beaten by a crowd of dozens until he lost consciousness.

Police and emergency services did not arrive on the scene until 15 minutes later, while the victim lay motionless on his back in the middle of the street.

Those in the crowd justified the attack by saying the man was an Arab who had tried to ram the far-right nationalists, but the footage shows a motorist trying to avoid the demonstration.

“The victim of the lynching is seriously injured but stable,” Tel Aviv’s Ichilov hospital said in a statement, without revealing his identity. 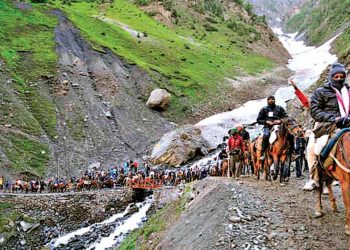 UK Retailers Are Redefining The Employee Experience By Listening To Workers

Unity for tea, as ‘chai latte’ gets a big no! – more lifestyle city foodies

Taj Mahal to reopen from Wednesday, 650 visitors allowed at a time