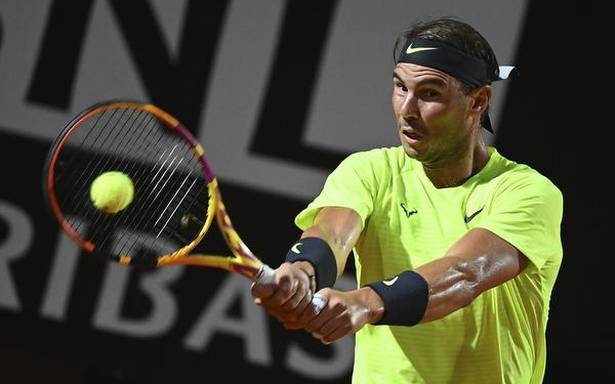 Nadal committed 30 unforced errors to Schwartzman’s 17 and had his serve broken five times.

Defending champion Rafa Nadal crashed out of the Italian Open with a stunning 6-2 7-5 defeat by Argentine Diego Schwartzman in the quarter-finals on Saturday.

The nine-times Rome champion, who had won all nine previous meetings against Schwartzman, struggled with his serve throughout the match and made a series of uncharacteristic unforced errors that proved to be his undoing.

The Italian Open was the Spaniard’s first tournament in over seven months and while he cruised through the previous two rounds, his rustiness showed from the outset against the 15th-ranked Schwartzman.

Nadal committed 30 unforced errors to Schwartzman’s 17 and had his serve broken five times.

“Losing that many serves, you can’t expect to win a match,” Nadal said. “So that’s something that I have to fix. I know how…