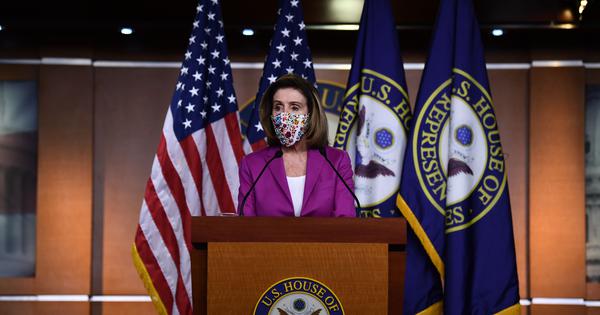 United States House Speaker Nancy Pelosi on Friday said that the House would move forward to impeach outgoing President Donald Trump if he didn’t resign immediately, CNN reported. There have been calls for Trump’s removal because of his role in inciting the violence at the US Capitol on Wednesday.

The House Democrats are planning to move the impeachment resolution against Trump on Monday. However, a final decision on this has not been made yet.

Pelosi said the House was considering every option, including setting up a commission under the 25th Amendment to recommend Trump’s removal “It is the hope of Members that the President will immediately resign,” she was quoted as saying by CNN. “But if he does not, I have instructed the Rules Committee to be prepared to move forward with Congressman Jamie Raskin’s 25th Amendment legislation and a motion for impeachment.”

She added: “Accordingly, the House will preserve every option – including the 25th…