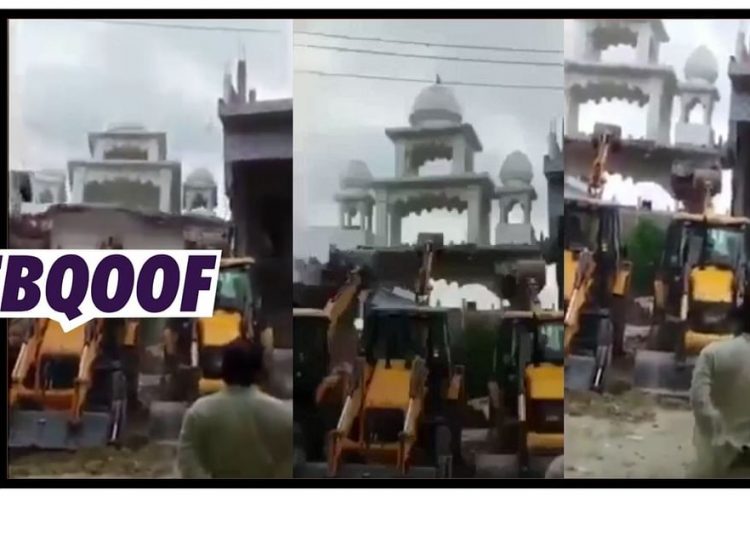 “The structure that you see being demolished, is a non-religious building that was built on the land of the Department of Irrigation, Uttar Pradesh, after encroachment. Strict legal provisions were followed during the demolition of the encroached property,” he added.

We also spoke to a local reporter Gaurav Sharma who, too, said that there is no religious site at the spot and that the structure seen in the viral video is the “entrance of an illegal society developed by a local property dealer”.

Unlock 5.0 guidelines: Here is what to expect