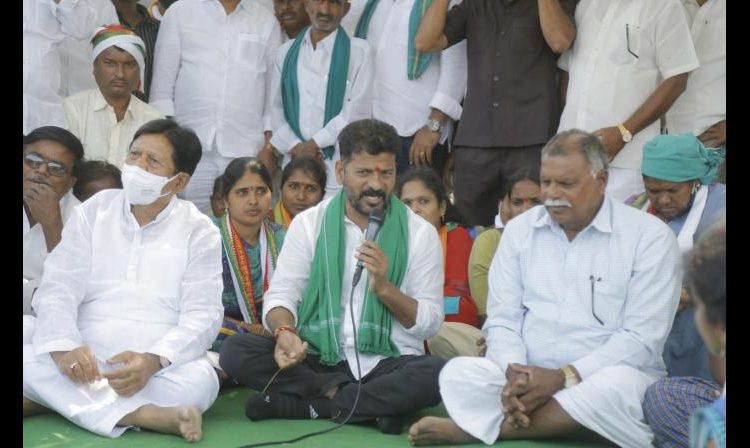 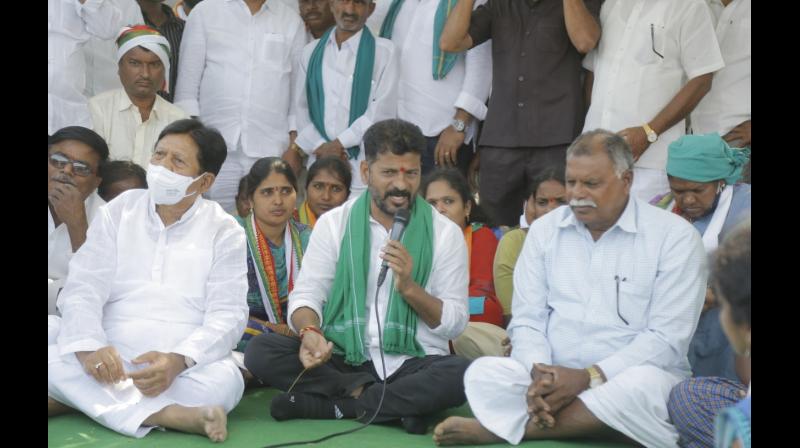 Hyderabad: Congress party working president and Lok Sabha MP from Malkajgiri A. Revanth Reddy demanded the TRS government pass a resolution in the Assembly against the three contentious farm laws introduced by the Narendra Modi government.

These three farm laws will destroy the future and livelihood of small-scale farmers while corporations will rule the national agriculture sector, he said.

Mr Revanth Reddy, who is on a padayatra from Achampet to Hyderabad, questioned Chief Minister K. Chandrashekar Rao, saying, “why did KCR take a U-turn on the farm bills after touring Delhi, though he participated in a ‘Bharat Bandh’ on January 8?”

Mr Reddy interacted with farmers while on padayatra, dubbed, ‘Rajiv Rythu Bharosa padayatra’ and explained about the three farm bills. He reminded that because of the Minimum Support Price Act, introduced by the Congress party, farmers are getting MSP for their crop produce.

“If any merchant purchases a crop produced…