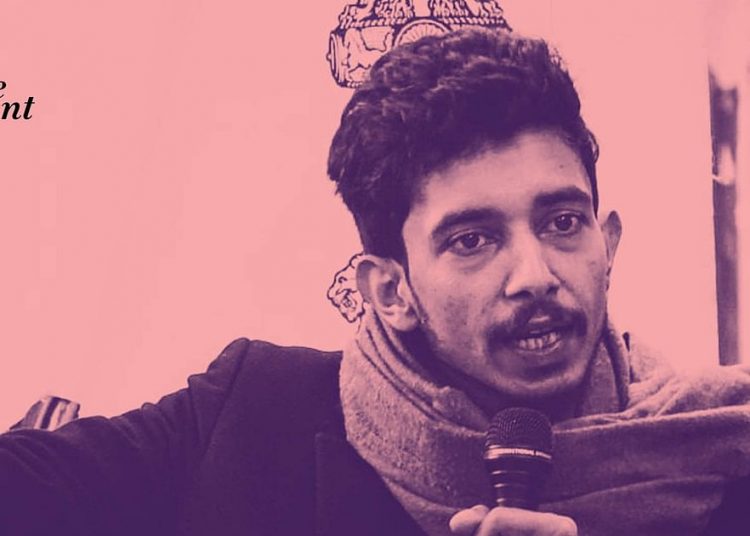 WHY IS SHARJEEL USMANI BEING SOUGHT?

Speaking at the Elgar Parishad held here on 30 January, Usmani, a former student leader of Aligarh Muslim University (AMU) had made certain remarks that the complainant said hurt the religious sentiments of the Hindu community, IANS reported.

The Maharashtra Police has booked Usmani for his alleged anti-Hindu comments and inciting communal passions.

The First Information Report (FIR) was filed at the Swargate Police Station on 3 February, based on a complaint by a Bharatiya Janata Yuva Morcha Secretary, advocate Pradeep Gawade.

Home Minister Anil Deshmukh had assured that if anything objectionable was found in the student activist’s utterances, suitable action would be taken.

The annual Elgar Parishad was organised by the Bhima-Koregaon Shaurya Din Prerana Abhiyan, on 30 January, to coincide with the 5th death anniversary of the late Dalit scholar from University of Hyderabad, Rohith Vemula, who committed suicide on 17 January, 2016.

Instant Discount On iPhone 11 Series In India Ft. Technology Gyan | User Bytes | You Can Get It Too