Woman On US Death Row Not Competent For Execution 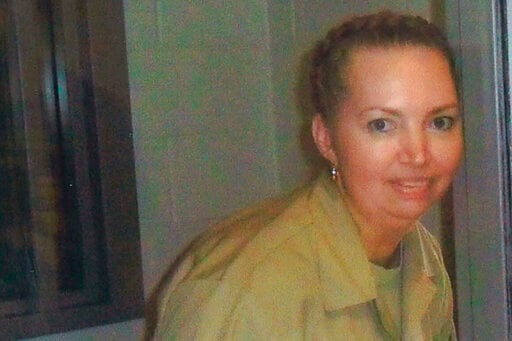 WASHINGTON: Lawyers for the only woman on federal death row are asking a judge to halt her execution and arguing she isnt competent and cant be put to death.

Lisa Montgomery’s lawyers filed a petition Friday in federal court in Indiana seeking to halt the execution, which is scheduled for Tuesday at the federal prison complex in Terre Haute, Indiana.

They argue putting Montgomery to death would violate her constitutional rights because she has brain damage, severe mental illness, and suffered a lifetime of sexual torture.

She is one of three inmates scheduled to be executed by the Justice Department next week, just days before President-elect Joe Biden takes the oath of office. Biden opposes the death penalty, and his spokesman has said hell work to end its use.

Montgomery was convicted of killing 23-year-old Bobbie Jo Stinnett in the northwest Missouri town of Skidmore in December 2004. She used a rope to strangle Stinnett, who was eight months pregnant, and then cut the baby girl…

Trump Expands Ban On US Money For Certain Diversity Training