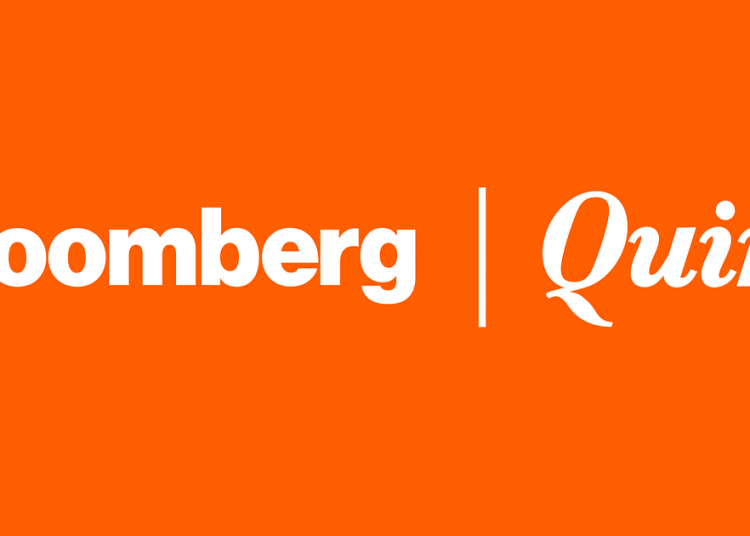 (Bloomberg Opinion) — This is one of a series of interviews by Bloomberg Opinion columnists on how to solve the world’s most pressing policy challenges. It has been edited for length and clarity.

Justin Fox: Your new book tells the more-than-200-year history of the banking partnership Brown Brothers Harriman. I had heard of Brown Brothers before and had this vague idea that it was venerable and prestigious. I was comforted by the passage in your book where a Brown Brothers partner says, in 1958, “Our friends tell us about the fine job we’re doing, and then admit they’re not quite sure just what our business is.” So I’m not the only one! What exactly is this firm’s business?

Zachary Karabell, president, River Twice Research and author, “Inside Money: Brown Brothers Harriman and the American Way of Power”: Their business has changed radically over 220 years. It began as a modest linen-importing firm in Baltimore. The founder, Alexander Brown, was a linen exporter from Belfast who fled sectarian violence. The firm morphed so much over the decades that their business today bears almost no relationship to their business at various points in the 19th century. They’re now a private commercial bank. They do a lot of custodial work. They do a lot of foreign exchange and harmonization of foreign-traded securities in the United States. And they do some wealth management.

JF: Brown Brothers says it was founded in 1818, but your story about the partnership starts before then, when Alexander Brown shows up in Baltimore.

ZK: There were three different houses of Brown run by these brothers, and 1818 is the first time the word Brown Brothers appears. But it begins when Alexander Brown sets up his business in Baltimore in 1800. Then he brings his sons into the business, which had been done for generations by trading houses: the Barings, the Rothschilds, the Fuggers. What’s unusual is that this firm creates a culture that then lasts and shapes basically all of American economic history since.

JF: It feels like their most central moment in the U.S. economy was in the 1830s, with cotton. Is it true that more than 10% of U.S. trade with Britain went through their hands?

ZK: Somewhere between 10% and 20%. The reason why it’s hard to count is because so much of that wasn’t trade that they were directly carrying, it was trade they were facilitating through letters of credit. Letters of credit are what assured a seller of cotton in the United States that once it got shipped to England it would be paid for and assured the person buying it in England that they didn’t have to pay for something that would never be shipped.

Brown Brothers becomes the facilitator. They simply take a little bit of all of these transactions, but by the 1830s they’re looking for a way to get out of physical trade because it can’t scale, it’s always vulnerable to loss and it makes them really complicit in the slave trade. They hate slavery and yet they benefit from slavery — much like the entire Northern economy at the time. Which is partly why the Civil War happens, right? It’s not just that you can’t be half slave and half free morally, as Lincoln said. It’s that you can’t really be that way economically.

JF: If your biggest export industry is built on slavery…

ZK: Then you are de facto a slave economy. Brown Brothers managed to get out of the physical trade of goods. The paper facilitation creates a new form of money, a new form of currency. It’s private paper underwritten by Brown Brothers that lubricates this entire system until the later part of the 19th century and makes them rich.

JF: They also extended letters of credit to rich tourists going to Europe.

ZK: It was the precursor to a traveler’s check. When American Express commercialized and commoditized traveler’s checks in the 20th century, anybody could just pay and get a traveler’s check. With Brown Brothers you had to apply for it. They felt, “If we provide letters of credit to a traveler whose credit isn’t good, that’s going to be negative for us reputationally.” So they create these travelers’ letters, which facilitate the first major boom after the Civil War of all these Americans going off to Europe. Their letters were part of the way in which America starts seeing the world.

JF: What else were they involved in during this time?

ZK: In the 1840s and 1850s, the New York son of Alexander Brown, James Brown, meets up with a man named Edward Knight Collins — who is, not coincidentally, a friend of P.T. Barnum. They build the first line of American passenger steam ships across the Atlantic and break all the crossing speed records. They helped create the steam age. Cornelius Vanderbilt, who created the steam age domestically, was totally uninterested in transatlantic [crossings] because there was too much capital tied up and too much risk. But Brown Brothers created that.

JF: In an awful way, they also experienced the risk.

ZK: The S.S. Arctic, which was the jewel of the Collins line, was the Titanic of its day, with beautiful state rooms and good customer service and good food, none of which was part of a transatlantic crossing before that. In a total freak accident, it runs into a French trawler and it sinks, with the crew saving themselves and letting the women and children drown. And some of the women and children who get lost are James Brown’s daughter and his granddaughter. It’s a very tragic end to a business venture and scars them literally and figuratively.

JF: They get out of steam ships after that?

ZK: They totally get out of it, and they get out of the speculative capital business. The fact is, most of the people who invested in the railroads in the late 19th century lost everything, and we’ll never hear about them. And most of the people who made the mint on the railroads are not the people who built the railroads — they’re the people who buy the bonds that built the railroads after the bonds go bust. But Brown Brothers says, look, this is too much speculative capital. Because they’re a partnership, every penny they put up, they themselves could lose. There’s no shareholder base to absorb losses. So they stay on the sidelines of the late 19th-century railroad boom. And the result is they never become Carnegie, Vanderbilt rich. But they’re also not in the public eye in quite the same way, and therefore they don’t receive the same level of public ire either.

JF: And by this point it was still family members running the show?

ZK: It’s really family members until the 1930s. One of the extraordinary things about them is that the culture of the firm, which is indelibly stamped by the patriarch and his four sons, remains even as the family members fade in the 1930s. While it ceases to be a family firm, it remains a tightly held partnership with exactly the same ethos.

JF:  In 1930, E.H. Harriman merges his firm with Brown Brothers, to create Brown Brothers Harriman. Neither firm was particularly a big risk-taker in the twenties, but at the start of the Great Depression, everybody was in trouble.

ZK: By the early 20th century, you have the emergence in the U.S. of this small class of WASP elites. They’re all men, they’re all white and they go to the same set of schools. For the Browns and for Harriman it was the Groton-Yale axis  The next generation of the Browns and Harrimans and their friends all went to Yale together between 1910 and 1919. About half of the partners of Brown Brothers Harriman by the thirties are Skull and Bones, which is why you have this later conspiracy view of a small cabal intermarrying and running the world.

JF: Then the Glass-Steagall Act comes along. How did it affect Brown Brothers Harriman?

ZK: The [partners] understood that public trust in finance had been deeply damaged, and they recognized that you need to have laws that reassure people that the system is being governed for the public good and not just for private gain. So the Brown partners support Glass-Steagall; they support the creation of the Securities and Exchange Commission; and they support the breakup of the firm into an investment bank and a commercial bank. The Brown Brothers Harriman that remains today is the commercial bank. The investment bank gets hived off, in one of the great ironies, ends up as Drexel Burnham, which produces Michael Milken. It represents the complete inverse of public good and private interest: the model of the 1980s was that private interest is all that drives things and as for the public — if not be damned — then, who cares?

JF: Among the people who were partners in that period were Averell Harriman, who went on to be governor of New York and commerce secretary; Prescott Bush, who’s best known for his offspring and was himself U.S. Senator from Connecticut; and Robert Lovett, who basically created the Air Force.

ZK: Lovett was Assistant Secretary of War under Henry Stimson, who was the Republican that Roosevelt brought in to have a unity government preparing for war. By the time World War II rolls around, Germany is building the Luftwaffe and Lovett is tasked with building a modern air force almost from scratch: supply chains and logistics, design and engineering, really complicated. By 1944 the United States is making more planes than any country in the world, having made almost none four years before.

Then Lovett goes on to become Undersecretary of State under George Marshall. He was the major administrator of the Marshall Plan and one of the hidden architects of the General Agreement on Tariffs and Trade, the precursor to the World Trade Organization.

JF: There’s been a bit of wistful attention in recent years to the WASP elite. We don’t want to be run by… 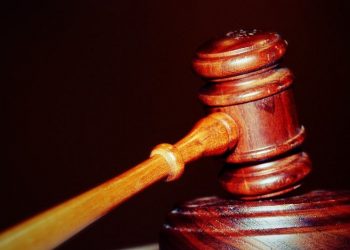 Bitcoin Rallies Past Key $40,000 Level to Highest Since Mid-May 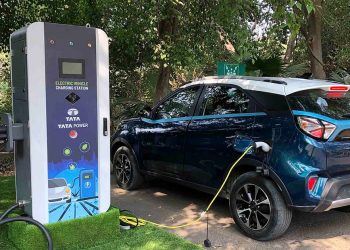 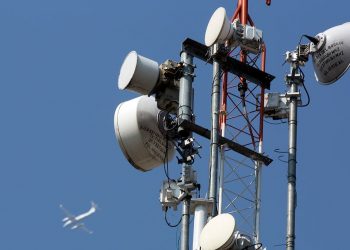 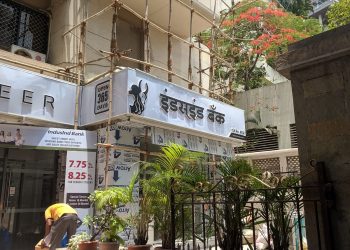 Two held for shooting at man during robbery bid