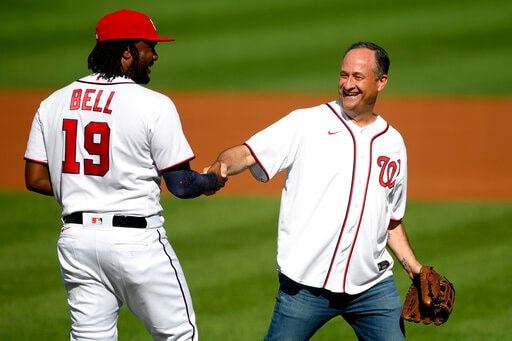 Brendan Rodgers had three hits, including his 14th homer three pitches into the game for a 2-0 Colorado lead. Twelve of Rodgers’ 14 homers this season have come away from hitter-friendly Coors Field.

Story hit a high fly that sneaked over the wall in right field in the fourth to put the Rockies in front 6-0. Story has 23 homers with 14 games left after reaching 24 in each of his previous four full seasons.

Freeland (6-8) gave up seven hits and a walk but lowered his ERA to 4.50. Juan Soto doubled for Washington’s only extra-base hit against Freeland, who had allowed eight home runs in his previous five starts.