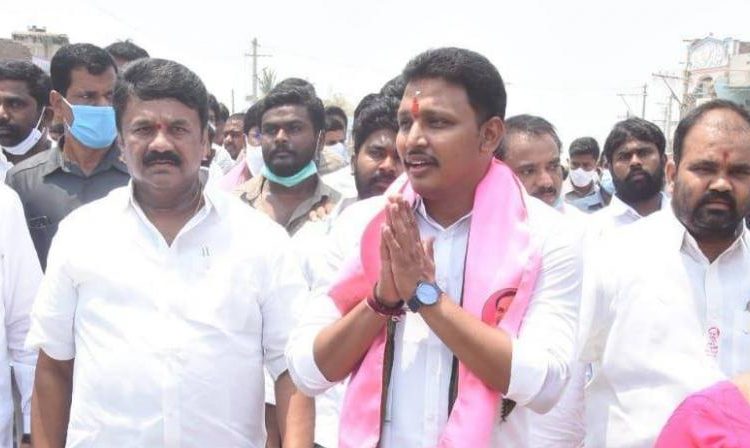 Halia: TRS candidate Nomula Bhagat, the son of deceased MLA Nomula Narasimhaiah, is riding high on a sympathy wave in the Nagarjunasagar bypoll.

The overriding sympathy factor, after the untimely demise of Narasimhaiah, is working in Bhagat’s favour. Chitikeshi Gangaghar, a Halia resident, says: “There is no need for Bhagat to campaign. We can understand his sense of loss due to the demise of his father. Narasimhaiah had brought several development programmes to this place in a short span. His son Bhagat maintains cordial relations with the common people and we want to give him a chance to serve as MLA.”

Though Narasimhaiah worked as MLA for only two years, locals recollect his contributions to the constituency for four years from 2014 to 2018 despite his defeat in 2014 Assembly polls.

“As leader of the ruling party, he was always accessible to the public. He used to take up our issues with KCR and KTR and ensured all our problems were addressed faster. He used…

Centre says GDP is rising, for them GDP is Gas-Diesel-Petrol: Rahul Gandhi