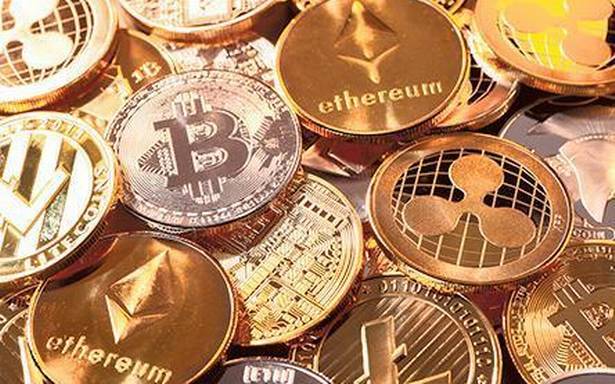 If you have even little interest in the cryptocurrency market, you must be aware of Bitcoin, the top cryptocurrency. Ever since this famous cryptocurrency was launched in 2009, it has created strides in the market. It is one the fewest cryptocurrencies that has managed to stay at the #1 position for years. But will Bitcoin manage to hold the top position in this calendar year too? After being touted by crypto enthusiasts as the best cryptocurrency to invest in, people have now started to look in other directions owing to the growth of various altcoins.

To help crypto investors decide if Bitcoin is still as valuable as it was last year, we have some top predictions about this popular cryptocurrency, right from experts’ desks. We have covered everything from the good to bad to the ugly, so people get to make informed decisions this year with regard to Bitcoins. So let’s head straight to the top 2022 Bitcoin predictions shared below.

According to the statements given by various business titans to A-list publications, like the Independent, Bloomberg, and more, many are expecting Bitcoin to perform exceedingly well this year. They believe Bitcoin will hit the $ 100,000 mark and even cross this by a significant figure. A famous Bitcoin bull named Michael Saylor even says that Bitcoin might eventually hit the $ 600,000 mark. He just didn’t predict the exact time frame in this calendar year when his prediction might start to take shape, but he is hopeful Bitcoin will touch this huge valuation mark in 2022.

While many are optimistic about Bitcoin’s image and valuation in 2022, some have negative notions. According to a report in CNBC, a professor at Sussex University believes that a Bitcoin crash is imminent this year. Echoing the same thought is Mr. McCauley, who feels Bitcoin is worse than a Ponzi scheme and that its price might come crashing down to zero. McCauley is a senior fellow from the Global Development Policy Center of Boston University.

Overall, you can see people having mixed expectations and predictions about Bitcoin for 2022. But as long as you’re making informed buying and selling decisions, you will mostly remain on the safer side of the fence.

It may be bad news for Bitcoin supporters but good news for crypto enthusiasts, in general. Bitcoin always made up a larger part of the cryptocurrency market, but things have started to change with the launch of excellent altcoins. Bitcoin’s share of market dominance is beginning to shrink as other mighty altcoins are grabbing the space. With valuable altcoins like Ethereum, Ripple, Cardano, Solana, and others, people are now turning to altcoins to diversify their portfolio instead of sticking to just Bitcoin.

The same trend is pretty much expected to continue in 2022, which means Bitcoin might slowly and eventually lose the prime position and dominance it used to command earlier. So if you have a major holding of Bitcoin, you might consider trading it for some popular altcoins to hedge against possible losses. Check how much 1 Bitcoin in INR values today, and sell it off at a good margin.

A hopeful prediction made by Ric Edelman, Digital Assets Council of Financial Professionals founder, is that Bitcoin will receive wider acceptance by the global population in 2022. He believes the acceptance will be on such a large scale that around 500 million people will own Bitcoin by this year’s end. And he’s not alone in making such promising and hopeful predictions for Bitcoin. According to BlockFi’s co-founder, Flori Marquez, the introduction of regulatory clarity and a better understanding of the cryptocurrency market will drive massive adoption of cryptocurrency.

If this turns out to be 100% true, people can expect more countries to follow the path of El Salvador in accepting cryptocurrency as a legal tender. And as blockchain gaming is also advancing at a fast pace, many can expect gaming to lead more people into cryptocurrency. As of today, Bitcoin is accepted by many brands as a mode of payment, but not all brands worldwide. But as more people start accepting it as a legit means of payment, one can see almost all brands accepting Bitcoin as a mode of payment, facilitating easier trade between parties.

Increased Regulations are on Cards

It is, in a way, good because crypto exchanges and brokers will be more mindful, and investors’ money will be protected to a certain extent. Moreover, introducing a regulatory framework will draw more people towards cryptocurrency, making it widely acceptable by a major chunk of the global population.

Lot of Uncertainties Ahead

Bitcoin and cryptocurrency, in general, has always been a divisive topic that has left people divided into two broad groups. One can authenticate this statement by checking how contrasting predictions were given on Bitcoin by different people above. While no one can be 100% sure of what the Bitcoin market holds for 2022, one can certainly predict what the market will be like to a certain extent.

Now that you’ve heard both the good and bad sides of Bitcoin predictions for 2022, make sure you devise your investment plan accordingly. The more careful and research-oriented decisions you make, the better.