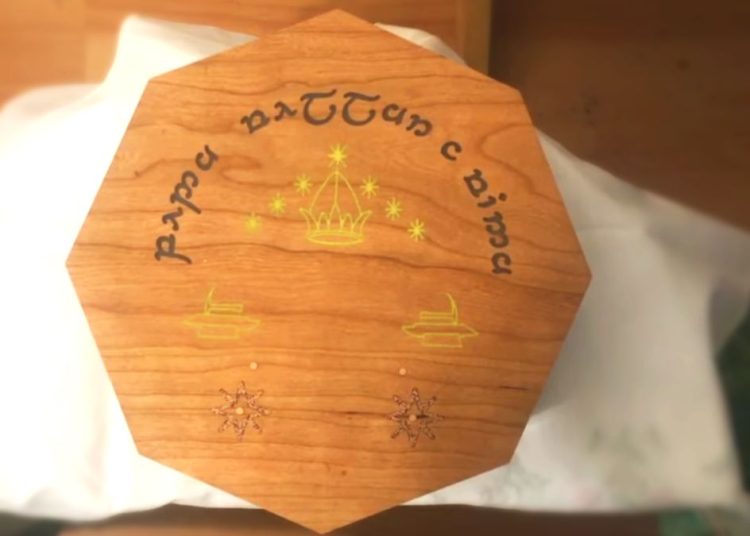 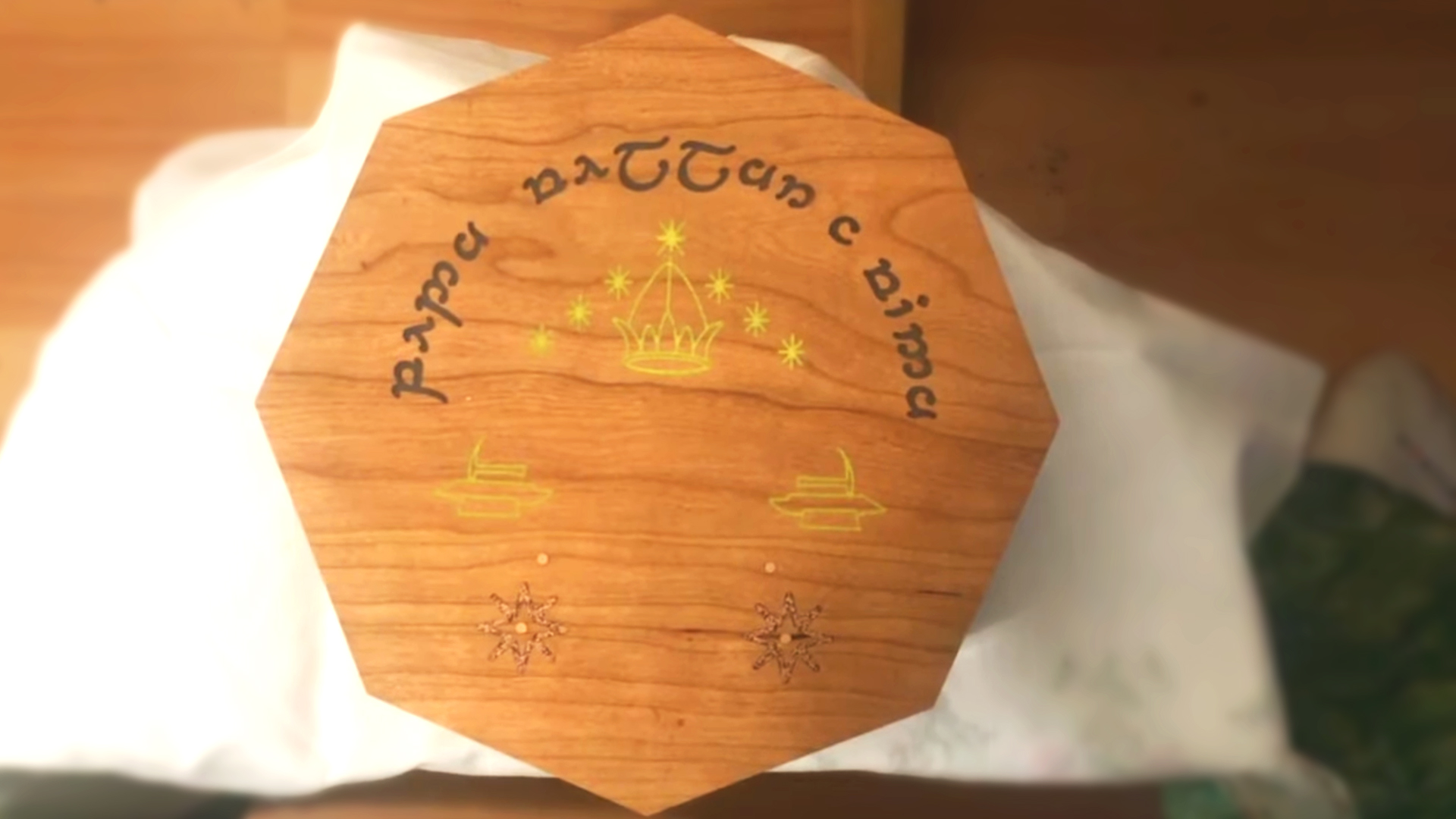 Durin’s box, designed and built by John Pender on Hackaday, is a prime example of the supreme nostalgia a Raspberry Pi project can invoke. Built around a Pi Zero, it uses solenoids, capacitive switches, RGB LEDs, a microphone  and a voice recognition solution to remind us of the moonlit magic of Dwarves, and just how forgetful Wizards can be.

Designed and put together form scratch, the box was a gift for Pender’s son. If you can’t read Elvish, it says “Speak friend and enter.” But there’s a little more to opening it than just speaking the Elvish word for friend. Move over Frodo.

First you have to turn it on by touching the two points marked by stars, beneath which sit two capacitive switches. That sends power to the Raspberry Pi, which in turn lights up the inscription with RGB as if it’s been touched by moonlight, and the microphone awaits the answer to the riddle.

On speaking the word “Mellon,” the treasures within will reveal themselves. Well, you have to lift the box lid…

Low-Code/No-Code Tools Are Popular, But Untrusted

Confidence of US chief executives soars as vaccines and stimulus arrive